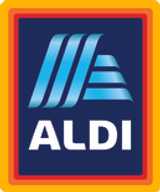 Aldi offers most of your household essentials including food, clothes, gardening tools, kitchen, and bathroom appliances at great prices. You can check weekly hot deals on the ad below. There are always new deals at discounted ...prices so do not miss these hot deals, check the leaflet below. It is <strong>updated</strong> on a regular basis. It is just so easy to spend less and benefit from low prices.Expand text

About the retailer - Aldi

Aldi is a low-cost retailer, founded by two German brothers, named Karl and Theo Albrecht, in 1961. Aldi, later, started to operate as two separate groups, which are called Aldi Süd and Aldi Nord. The first store in the US opened in 1976 and now operates in 35 states and has more than 1,600 stores in the US, and it is headquartered in Illinois. Aldi Nord, owned by Theo Albrecht which operates as Trader’s Joe in US market. Aldi Süd, owned by Karl Albrecht which operates as Aldi in Eastern US, Midwestern US, and Southern California market.

Aldi is an example of a no-frills supermarket which has discounted products or their own branded products, mainly selling the most demanded products by consumers. The stores have few aisles and simple decoration. It serves more than 40 million customers each month that focuses on containing one or two brands for each product and avoiding offering a variety of choice for each product. The choice of products in stores are inexpensive but they are at best quality. Aldi usually has weekly deals on food and non-food products such as on electronics, kitchen appliances, clothing.