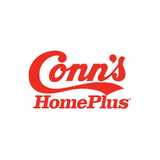 Conn’s HomePlus makes it easy for everyone to buy high-quality and long-lasting products for their home. Sleep is a very important part of our lives, so treat yourself with the most comfortable mattress you can find on offer. With affordable monthly payments, you can ...

transform your house with <em>stylish furnishings</em> without spending a fortune. You can also <strong>save up to 50%</strong> when you are shopping for <em>electronics and latest technology home appliances</em>. There is a wide selection of top brands such as <strong>LG</strong> and <strong>Samsung</strong>, so you know your <strong>satisfaction is guaranteed</strong>. When you choose products on sale, in most cases, you should be eligible for <em>free delivery</em>. Check the weekly ad below, so you receive value for every dollar you spend on the products Conn’s stores offer. <em>Save now, save big!</em></p>Expand text

About the retailer - Conn's HomePlus

Conn`s HomePlus is one of the top consumer goods retailers in the United States. Let’s have a look at Conn’s history because it is quite interesting and goes all the way back to the 1890s.

The founder Edward Eastham started a small plumbing and heating company in Beaumont, Texas. A few years later, they hired Carroll Wayne Conn, Sr. He bought the company from Edward Eastham a year later and renamed the company to Conn Plumbing and Heating Company. Soon after the take-over, Conn’s added refrigerators to its merchandise mix. The sales did so well, by 1940, he was able to buy his own store building and moved the company to its new location. In 1953, C.W. Conn, Jr. joined the business after serving in the Korean War. A second store was opened in 1959. Everything was going great, however he realized that many customers were lacking good quality repair and maintenance service. So, in 1962, he started the Appliance Parts and Service unit in an attempt to meet this need. C.W. Conn, Jr. also co-founded a consumer credit company in order to provide financing to those who needed to buy merchandise for their homes in an affordable way.

Under Mr. Conn, Jr.’s leadership, the company managed to open four stores and their total sales reached $4 million in 1966. The first store outside of Texas opened in Louisiana in 1969. In 1993, was a benchmark year because Conn's reached $100 million in sales. Only five years later, the sales volume doubled to $200 million. During the 2000s, the company continued to expand its geographic reach across the South and proved its position in the retail industry. In 2008, the company’s sales reached $1 billion in total revenues. In 2012, Conn’s finally introduced its new store concept, Conn’s HomePlus® by renovating the already existing stores.