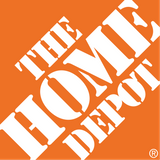 Add The Home Depot to 'Favorites'

The Home Depot sells all sorts of tools, construction products, and services for the DIY customers, the Do-It-For-Me customers as well as the professional contractors. At The Home Depot stores, you can easily find everything that you will probably need when you are i ...

mproving your home. The typical store has approximately <strong>105,000 square ft.</strong> indoor space and has more than <strong>one million products</strong>. The Home Depot operates many big-box format stores all across the US, all provinces of Canada and the 31 states of Mexico. 400,000 orange apron wearing associates in more than <strong>2,200</strong> stores across North America will always be at your disposal. Make sure to check the ads and circulars that are updated regularly. We don't want you to miss out on amazing discounts and great savings.</p>Expand text

About the retailer - The Home Depot

The Home Depot Inc. is a home improvement supplies retailer in the United States. It was co-founded by Bernard Marcus, Arthur Blank, Ron Brill, and Pat Farrah in 1978. Their vision was to start a home improvement superstore larger than all of their competitors at the time. They successfully opened the first two stores in Atlanta, Georgia in 1979. Two years later, The Home Depot went public on the NASDAQ and managed to raise $4.093 million. Later, in 1984, they joined the New York Stock Exchange. Finally, In 1989 The Home Depot surpassed Lowe’s and became the largest home improvement retailer in the US. However, they didn’t stop there.

In 1997, The Home Depot went on to purchase a maintenance and repair supplier company called Maintenance Warehouse. The reason for this purchase was due to the fact that Maintenance Warehouse could provide maintenance, repair and operations supplies to customers who were out of reach by The Home Depot. Also, they decided to acquire a wholesale distributor of plumbing, HVAC, industrial pipe and fittings called Apex Supply in 1999. These two companies were joined together and rebranded as The Home Depot Supply in 2004. Two years before that The Home Depot had already entered the Mexican market by acquiring a home improvement chain called Del Norte. So, the opening of new stores in Mexicali and Tijuana was getting underway.

Since its foundation, The Home Depot has been growing and developing rapidly. The company is headquartered in Cobb County, Georgia. The Home Depot also owns an MRO company called Interline Brands which has 70 distribution centers all around the country.